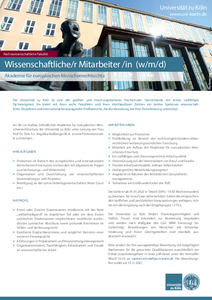 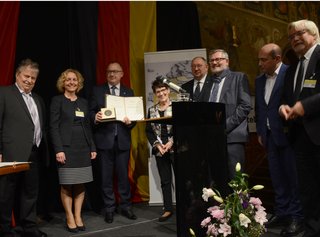 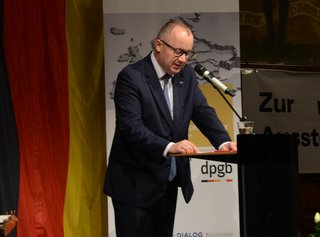 On Friday, 22 October 2021, the former Polish Commissioner for Civil Rights Adam Bodnar was awarded the DIALOG Prize of the German-Polish Society Federal Association at a ceremony in Göttingen. The laudatory speech was given by Angelika Nußberger. With this award, the Deutsch-Polnische Gesellschaft Bundesverband honours persons, institutions, initiatives, media projects or editorial offices that are committed in an exemplary manner to the dialogue of peoples and cultures in Europe as well as the deepening of German-Polish relations. We warmly congratulate Mr Bodnar on this award.

The discussion round served as preparation for the Herrenhausen Conference to be held in 2022 under the title "Governing Humanitarianism - Past, Present and Future". The preparatory discussion was organised by the Volkswagen Foundation in cooperation with Professor Dr Fabian Klose from the Chair of International History and Historical Peace and Conflict Research at the University of Cologne, who also moderated the discussion. 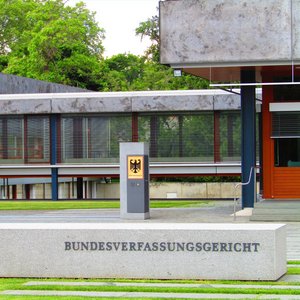 Prof. Dr. Dr. hc. Dr. hc. Nußberger was invited to a discussion with the President of the Federal Constitutional  Court Prof. Dr. Harbarth. Topic of the discussion was the state of the protection of fundamental rights in Europe. 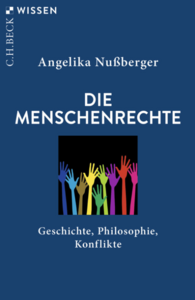 "All human beings are born free and equal in dignity and rights": What sounds so self-evident in the Universal Declaration of Human Rights of 1948 is still not a reality for countless people today. Angelika Nußberger describes the history of human rights, their philosophical foundations and the current debates: Is there a human right to peace and environmental protection? How universally do rights apply? And to what extent may human rights courts determine the legislation of individual states? But despite all the questions, one thing is certain: in an interconnected world, the importance of human rights will continue to grow.

The book from the Beck Wissen series will be published on 26 August 2021 in German only. Further information can be found on the publisher's website. 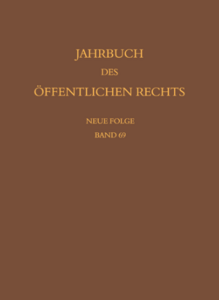 Volume 69 focuses on how the law deals with past state injustice. This includes such diverse phenomena as the restitution of Nazi looted art, compensation for genocide against the Armenians or in former African colonies, etc., whether through compensation or through "memory laws", which set a symbolic example by recognising an event retrospectively as genocide. The focus section attempts a fundamental legal-philosophical classification of these phenomena as well as a localisation of "coming to terms with the past" between law, politics and historiography.
The "Debate" section deals with the manifold legal questions raised by the Corona pandemic. Not only has it led to the most massive encroachment on fundamental rights since 1949, but it also raises thorny questions about which state organ is actually allowed and obliged to act in this de facto emergency situation. Is the crisis really the "hour of the executive"? Has the German Bundestag held back too much? In what legal forms must the "lockdown" be carried out? How does the political process process the medical-scientific knowledge or more precisely: the uncertainty prevailing there? Can financial compensation be considered for the damage caused by massive state intervention?
But the new volume also recalls important jurists: Supreme Court Justice Ruth Bader Ginsburg, who died in 2020, the Prussian administrator and high court judge Bill Drews, and Pedro Cruz Villalon, former President of the Constitutional Court and Advocate General at the ECJ.

Summary of the project:

The proliferation of memory laws and policies in Central and Eastern Europe (CEE) has instigated a contemporary culture war in Europe, a clash concerning the meaning of the past for present European identities. Can and should the European Union (EU) and the Council of Europe (CoE) respond to these policies developed in Member States when they oppose common European values? What sort of intervention is possible, considering that these laws are framed as a democratic expression of national identity? Our project addresses this democratic dilemma, and the related legal and political challenges in contemporary Europe. The aim of our in-depth analysis of these recent developments is twofold: to raise awareness about the inherent danger of seemingly internal, yet outward-oriented policies, as well as to uphold – or even rescue – liberal democratic standards in all the Member States. The innovative contribution of our project lies in the unfolding of the nexus between the erosion of fundamental democratic rights and the emerging nation-centric governance of memory in CEE. The term ‘memocracy’, coined for the purposes of this study, is understood as a composite of memorare (Latin for ‘to remember’) and κράτος (Ancient Greek for ‘rule’). It thus means ‘ruling on the basis of memory’. As such the term is neutral, but when instrumentalised for specific purposes – it can indicate a regress away from democracy towards autocracy. In this latter context, we can speak of ‘militant memocracy’. This link between the erosion of fundamental rights and the rise of memocracy is important for understanding the democratic backsliding in the region and the related challenges to the European normative order, as the CEE memory laws contentiously diverge from the paradigmatic concepts of constitutional (or national) identity and militant democracy. While the notion of national identity (inherently present in ‘constitutional self-government’) is laid down explicitly in Article 4(2) of the Treaty on European Union (TEU), militant democracy refers to the heritage of defending democratic systems against takeover by anti-democratic forces. We argue that the way these notions have been invoked in the context of militant memory policies has upended their original meaning.
Our project has three objectives:

1. To develop an analytical framework for studying the migration and distortion of constitutional concepts in Europe by theorising memocracy, and thereby pushing the debate on militant democracy to new conceptual and empirical grounds.

2. To conduct qualitative case studies of the memory laws and policies in Germany and seven CEE states over the past decade, on the one hand, and democratic standards in the EU and the CoE, on the other, thereby exploring the compatibility of memory governance in these countries against the benchmarks of fundamental rights and democratic standards.

3. To contribute to current public debates about the future of liberal democracy by providing new scholarly insights on the parameters of democratic memory governance in the transnational European space.

The main outputs of this collaboration between the Universities of Cologne, Kent, the Asser Institute and the Polish Academy of Sciences will be thematic workshops with stakeholder engagement, academic publications, and a website, showcasing comprehensive policy briefs about memory laws, judgments and policies in the reviewed countries.

On 29 April 2021, the webinar "Rule of Law - Clarities and unclarities about fundamental notion of Justice" took place with Professor Dr. Angelika Nußberger as well as Professor Adam Bodner, Kristaps Tamužs and Barbara Grabowska-Moroz. The webinar is part of the webinar series "Spring with the Rule of Law in CEE", organised by the Riga Graduate School of Law and the SWPS University of Social Sciences and Humanities. A recording of the event has been uploaded to YouTube.